November 21-23, at the University of Mississippi

This is the translation of my Japanese report of “Richard Wright Symposium  November 21-23, at the University of Mississippi.”

The Bulletin of the Association of Black Studies in Japan

Early in July, I received a letter from Mr. Toru Kiuchi, including a pamphlet on the coming international symposium on Richard Wright. I felt overwhelmed by the big names of the participants at first, and I never dreamed I could take part in it. However, no sooner had I found it possible even for me to join it than I determined to go there, hoping that I might get a glimpse of the face of Mr. Michel Fabre.

On the first day I went upstairs to have breakfast after registration, and found there Mr. Suda who was on a six-month stay in America to study. I also found Mr. Yoshinobu Hakutani, the editor of Critical Essays on Richard Wright (G. K. Hall, 1982), who was born in Awaji Island of Hyogo, Japan, and went to America to study when he was a student of Hiroshima University; he is now a professor of English of Kent State University. I had met him once before in August during his short stay in Japan. He said in delight, “I’m very glad to see you again, here." He was kind enough to introduce me to Messrs. Kenneth Kinnamon, Edward Margolies, David Bakish, and Donald Gibson, with whom I was familiar through their books. I got a sight of Mr. Fabre. Toru, who knew him through letters, went up to and greeted him. Mr. Fabre said, “Old Friend!" embracing his arms, smiling. At that moment my first aim had already been completed.

There were 12 sessions and too many participants in three days. I regret to say I could not understand all of them as I was a poor listener of English.

There were many interesting presentations such as Gibson’s, Hakutani’s, John M. Reilly’s, Maryemma Graham’s, and Fabre’s. Mr. Kinnamon mentioned a little about the international bibliography and Richard Wright in Japan by Mr. Hakutani and Mr. Kiuchi. Mr. Fabre talked about Wright’s reception in France. They are all now active in their own fields.

In the session on the Third World, Mr. Jan Crew, who had been in touch with Mr. Wright in his student days, talked about Wright’s time in France and a little criticized the presentations on the third world. I felt very sorry to find that the audience was smaller and the papers were a little poor in quality.

Another memorable performance was the screening of the film of Native Son. Through the screen I “met” Richard Wright himself, as it were.

On the second night I was invited to Mr. Hakutani’s room and enjoyed chattering over drinks with Messrs. Fabre, Margolies, Reilly, Bakish, Joh n A. Williams, James Arthur Miller, Mr. Kiuchi, Suda and Miss Nina Cobb. I was interested in the dispute of C. Webb, many unpublished Wright’s haikus and Mrs. Ellen Wright, about which we cannot hear in Japan.

On the third night Mr. Hakutani, Toru and I gathered in Mr. Hakutani’s room and chatted over soft drinks with the two Japanese students of the University, Mr. Koguchi and Miss Takahashi, who were studying Faulkner. Mr. Koguchi was very Americanized, and I felt his gestures looked like most Americans. We talked far into the night, and it was three when we parted.

I thought it necessary to write my paper in English as the articles on and about Wright are written in English. I had translated into English my article on Wright, so I was lucky! I was carrying several copies of my article with me, which were all gone by the end of the symposium. I handed one of them to Mr. Fabre. On the morning of the next day when Peter Jackson talked about some onomatopoeic expressions in Native Son, Mr. Fabre patted me on the shoulder, telling me that Mr. Jackson was meaning the same onomatopoeic expressions as in my article.

When I told Mr. Suda that Mr. St. Clair Drake, with his white beard, co-author of Black Metropolis, is similar in manner to the late Mr. Nukina, the founder of the Japan Black Studies Association, he agreed with me. I told Mr. Drake that the association was founded in 1954, and he looked surprised. I felt the weight of over 30-year-old history of our association. I cannot forget that Mr. Suda and I talked about the past and the future of our association, in Mississippi, so far from Japan.

To me nothing was mo re pleasant than the fact the symposium was held. In November 23, the New York Times reported on the symposium under the title of “Mississippi Honors a 'Native Son Who Fled – Mississippi Offers Homage to Native Son." What, I wonder, was Mr. Wright in heaven thinking about the symposium and the many people who joined to commemorate the 25th anniversary of his death, though he died young on foreign soil?

At the coming December meeting, Mr. Toru Kiuchi is to report in deatail on the symposium. 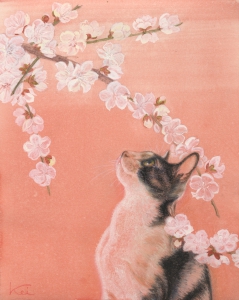 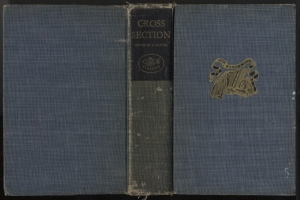 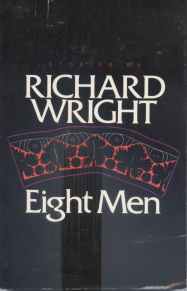 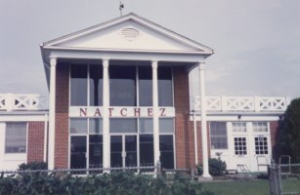 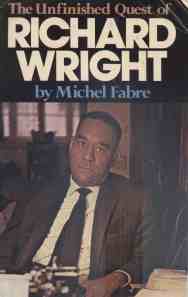 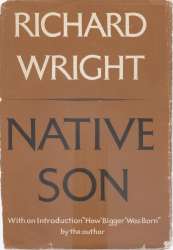 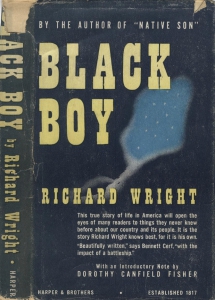 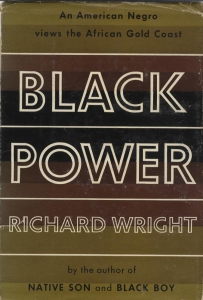 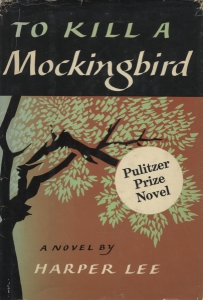 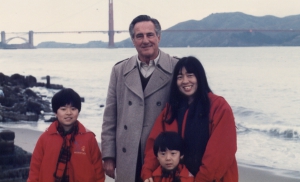 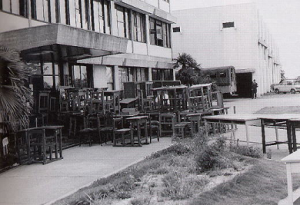 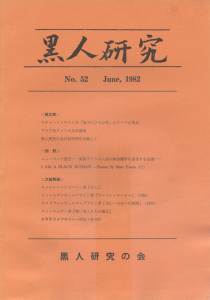 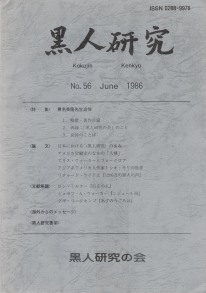 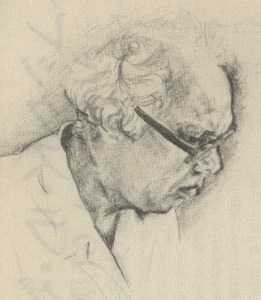 And: Man, I struck a luck, man – got a tin of bitumen for five bob. Over the wall. Bitumen is all right for keeping out the water. Soak old sacking in it and stuff it into the cracks and joints. Reckon it’s going to rain bad this year? I reckon so, man. Old woman is complaining about her rheumaticks awready, man. Say, give me my can of red on a cold day, and it can rain like a bogger, for all I care. Listen, chommy, I remember one time it rain one-and-twenty days in a row nonstop. Arwie is going to bring home some tar. He works mos by the Council. Look there, I don’t like that hole there. Johnny, you must fix it, instead of sitting around doing blerry nothing. Rain, rain, go away, come back another day, the children sang. 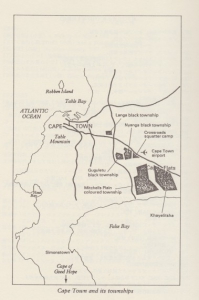